The ivy was literally buzzing with life last month. 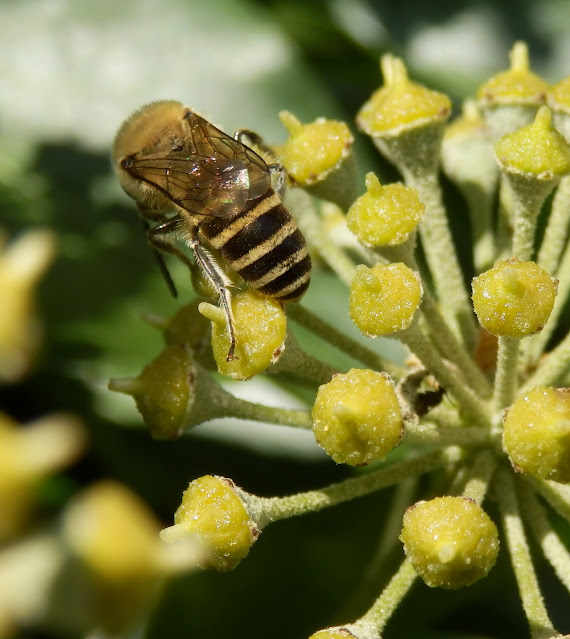 This is an Ivy Mining Bee (Colletes hederae) - a variety which has only been in Britain since 2001. This one apparently is a male which has less hairy hind legs than the females. 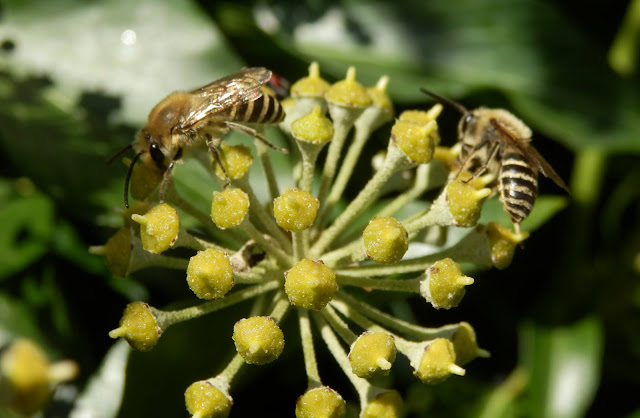 It’s seen between September and November, with its emergence coinciding with the flowering of the ivy. 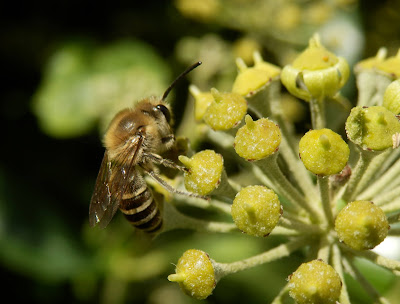 Well, it’s certainly made itself at home and very welcome it is too. 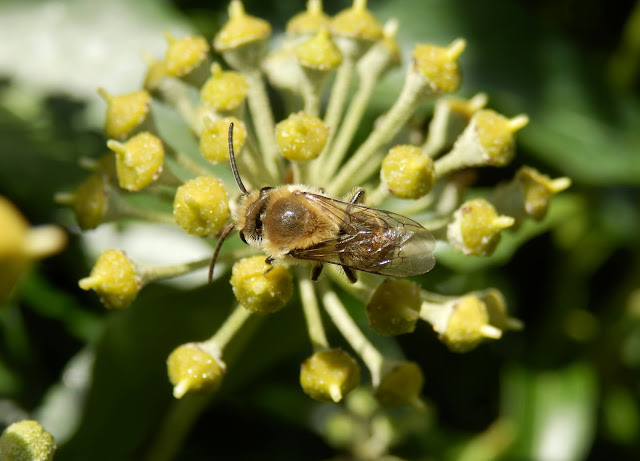 Here were some other ivy visitors on the same weekend. 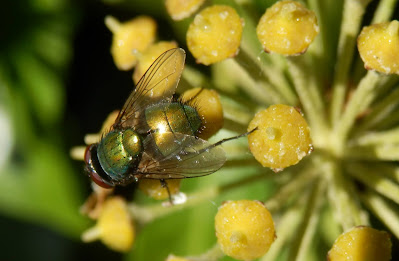 A green bottle fly - quite beautiful in close-up 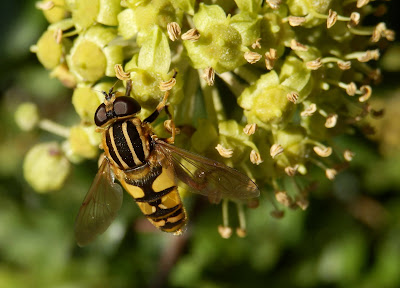 And a Sun Fly hoverfly. Ivy in a hedge really attracts the wildlife as you can see! Though the bee isn’t interested in pollinating anything other than the ivy.
Posted by Belinda Robinson at 11:30
Email ThisBlogThis!Share to TwitterShare to FacebookShare to Pinterest
Labels: Bee, Fly, Hover Fly

Please leave a comment. I'm very pleased to receive corrections or confirmations of my identification of the creatures we've spotted on the allotment.